We are partners of

We have presented in a previous article the range of automation possibilities that Pardot has, now we are going to talk about one of the most versatile tools it has, the Automation Rules, a system in which you define some entry criteria for trigger an action or several consecutively. The system waits for each user to trigger the automation rule and executes the actions at the user level (these rules can be unique or repetitive).

This tool is extremely flexible and versatile, making it a popular choice in Pardot setups. In addition, its use is quite simplified, intuitive and simple.

As we have mentioned, the Automation Rules allows you to perform different Sales and Marketing actions based on the definition of certain criteria as triggers. These triggers remain latent and waiting for the "scapegoat" to unleash and execute actions on the user. These rules are retroactive, but if you make changes to an already activated rule they are not.

Aspects to consider in the Pardot Automation Rules: 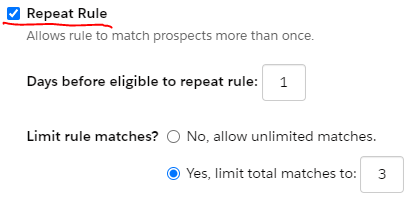 Considerations to keep in mind when using Automation Rules

When you are configuring Automation Rules you will have to take into account:

Sometimes the criteria fulfillment system is confusing for certain users, but they are really simple, there are only two:

Once created, it will be in the “pause” status, and you still have to create the entire campaign and see the preview to activate it.

To finish this explanation of the Automation Rules, we include a list of criteria that Pardot has as an option and the actions you can take.

You will see that the options are multiple and you will understand the reason for its capacity and flexibility.

We are partners of: